Edward Burnett Tylor and the Evolution of Religion

Edward Burnett Tylor (1832-1917) may not be a household name today, but during the second half of the nineteenth century the Victorian anthropologist and scientific naturalist was a figurehead for anthropology throughout the British Empire. At his seventy-fifth birthday in 1907, his former student and friend Andrew Lang (1844-1912) argued that ‘he who would vary from Mr. Tylor’s ideas must do so in fear and trembling (as the present writer knows from experience)’ (Lang, 1907, p.1).

Tylor had an illustrious academic career. Credited as the first social scientist to define the term ‘culture’, he was a pioneer in sending his students into the field for ethnographic data, and an innovator, who devoted his career to the scientific study of human culture. In 1884 he was appointed Keeper of the Natural History Museum and Reader in Anthropology at Oxford, where he became a professor in 1896.

Tylor was one of the leading secularists within the British scientific community during the nineteenth century. His most famous book, Primitive Culture (1871), was an evolutionary study that traced the developmental history of cultural attributes among the races of the world. In Primitive Culture, Tylor did not use a Darwinian model based on the mechanism of natural selection as outlined in Darwin’s Origin of Species (1859). Rather, building on the positivism of the French philosopher August Comte (1798-1857), Tylor argued that humans progressed through three stages: ‘savagery’, distinguished by hunting and gathering; ‘barbarism’, distinguished by pastoralism and agriculture; and ‘civilisation’, distinguished by industrialism. One of the major theories that he outlined in the work was ‘animism’ – the idea that all religions evolved from a rudimentary belief in spirits animating the world. By locating the supposed laws that governed the development of religion, Tylor attempted to plot all forms of worship onto an evolutionary scale, showing how religious beliefs transformed from basic understandings of the world being animated by spirits, to what he believed to be complex religious systems such as Christianity. Central to his purpose was an attempt to naturalise all religions and explain their ontologies using scientific theories. He was not trying to reconcile science and religion, but rather he wanted to bring religion under the domain of scientific understanding. Tylor’s works on the evolution of religion were widely read, and they influenced a whole generation of scholars including the renowned Cambridge anthropologist James George Frazer (1854-1941) and the science populariser Edward Clodd (1840-1930).

Although Tylor was forwarding an explanation of religious beliefs using a type of evolutionary theory, his work was not embroiled in any major conflict with either the Church or religious figures. This was a marked difference to how the writings of other scientific naturalists, such as ‘Darwin’s Bulldog’ Thomas Huxley (1825-1895), were received by religious communities during the same period. Despite his clear aim to replace religious explanations of the world with scientific ones, a close examination of Tylor’s book exposes a complex and strenuous relationship between science and religion. Many of the sources that he used to exemplify extra-European religious practices came from the travel reports of missionaries and other types of travellers with strong religious convictions. Tylor was reliant on these first-hand accounts to substantiate the credibility of his writings. Even though he wanted to push religion to the margins of anthropological research, he was unable to completely avoid religiously influenced sources for his data. This raises some interesting questions about the alleged boundaries between the two spheres of science and religion, and is a wonderful example of how the conflict thesis, or clash narrative model, does not provide an adequate framework for understanding the history of this relationship during the Victorian era. 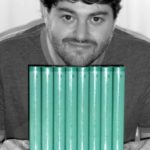 Dr Efram Sera-Shriar is the Research Grants Manager and a Museum Research Fellow for the Science Museum Group. His research looks at the history of the human sciences, with a particular focus on the intersection of science and religion. For more see his Research Profile.

Religious practices and their effects are increasingly the subject of scientific investigation. In the field of Contemplative Science, mediative practices drawn from Buddhist traditions are united with techniques of analysis from cognitive and neurosciences.

In this episode, Richard and Will talk with Professor Adam Chepkwony, a Full Professor of Religion at the University of Kabianga in Kenya. Professor Chepkwony’s work covers a wide range of topics including…

S2 Episode 7: Science and Islam in the 19th Century with Dr Sarah Qidwai

In this episode, Rachael and Richard talk with Dr Sarah Qidwai, a postdoctoral researcher at the University of Regensburg, Germany. Sarah’s work explores transnational and local perspectives on scientific disciplines during the long…