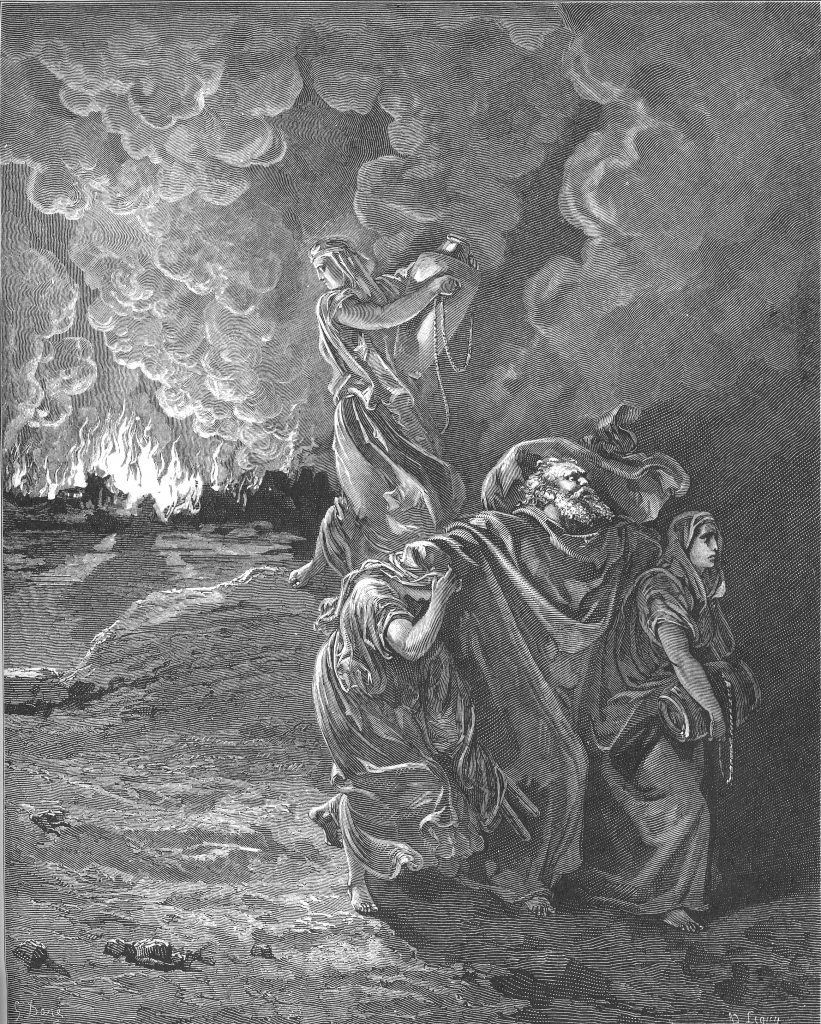 Religious Belief and the Geohistory of the Planet: Between Orthodoxy and Heterodoxy

By Richard Fallon In September 2021, Nature-affiliated journal Scientific Reports published a striking article arguing that the Bronze Age city of Tall el-Hammam was destroyed by a cosmic airburst. The authors, Ted E. Bunch et al, speculated that the Genesis story of the destruction of Sodom preserves memories of this impact – and received intense criticism in response. Just a few months later, scholars in Geology described another… 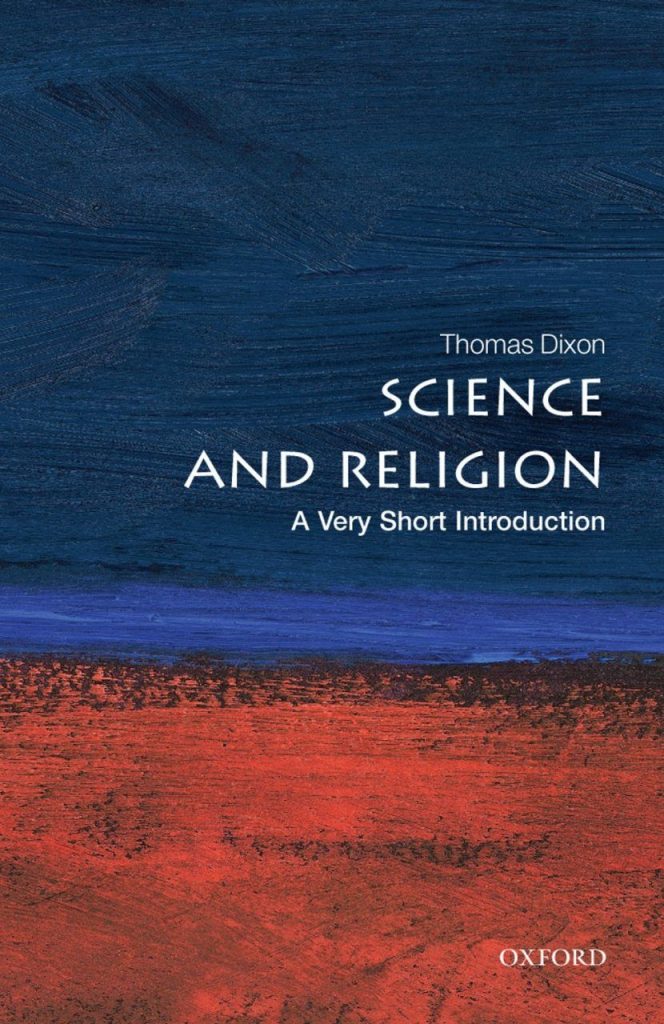 By Adam R. Shapiro When Thomas Dixon first asked me to work with him to revise and update his excellent 2008 book Science and Religion, A Very Short Introduction, my first thought was to ask why such a text might need a new edition. On the face of it, many of the issues we typically associate with the study of “science and religion” seem timeless, or… 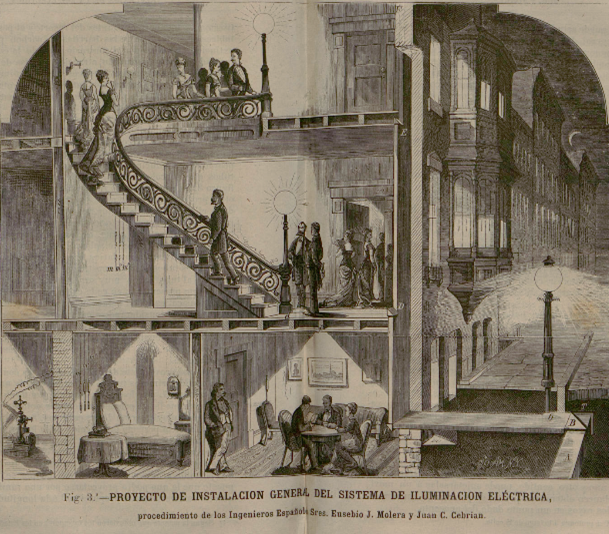 Engineers communicating science, and the religion and science debates in fin-de-siècle Spain

By Jaume Navarro and Javier Sierra de la Torre In 1876, two Spanish versions of Draper’s History of the Conflict between Religion and Science appeared on the market. One, a translation from the French version, issued in weekly instalments, passed largely unnoticed. But the other, a direct translation from the original version, was highly publicized by liberal and republican politicians, philosophers, and academics as a tool for the promotion of… 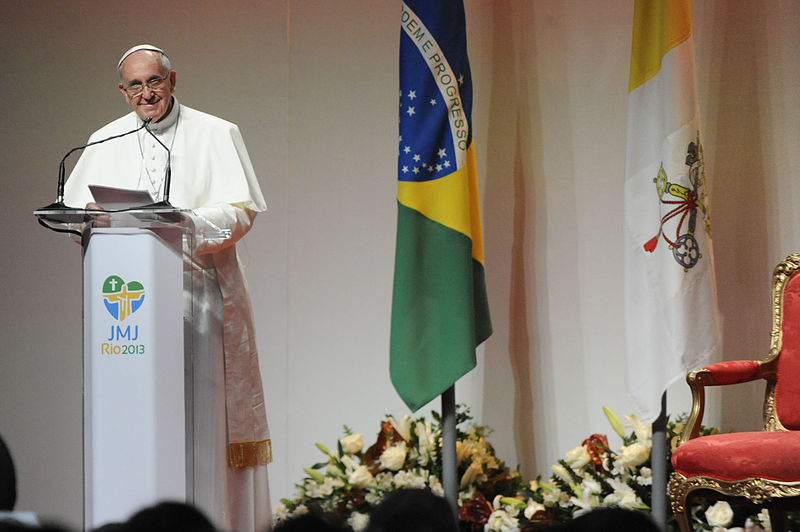 Seminarians, Popes and Evolution: A View from Brazil

By Marcio Antonio Campos Pope Francis addressing an audience at the Galeão Air Force Base, Brazil 2013. Tania Rego/ABr, CC BY 3.0 BR, via Wikimedia Commons Are seminarians who know what popes have said on evolution more likely to make peace with Darwin? When Pope Francis said in 2014 that God was not “a magician, complete with an all powerful magic wand”,… 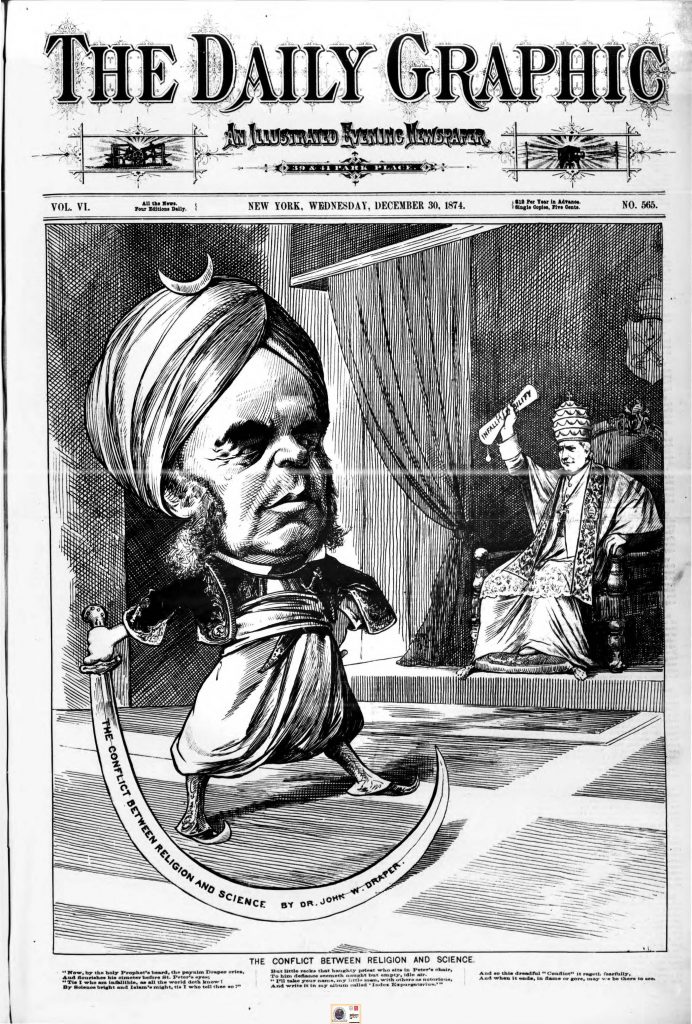 By Bernard Lightman When John Tyndall, well known physicist and superintendent of the prestigious Royal Institution, delivered his “Belfast Address” in 1874 as President of the British Association for the Advancement of Science he touched off a storm of controversy that lasted for several years.  The lecture was a tour de force, covering the entire history of science and its complicated relationship to philosophical materialism, particularly with reference… 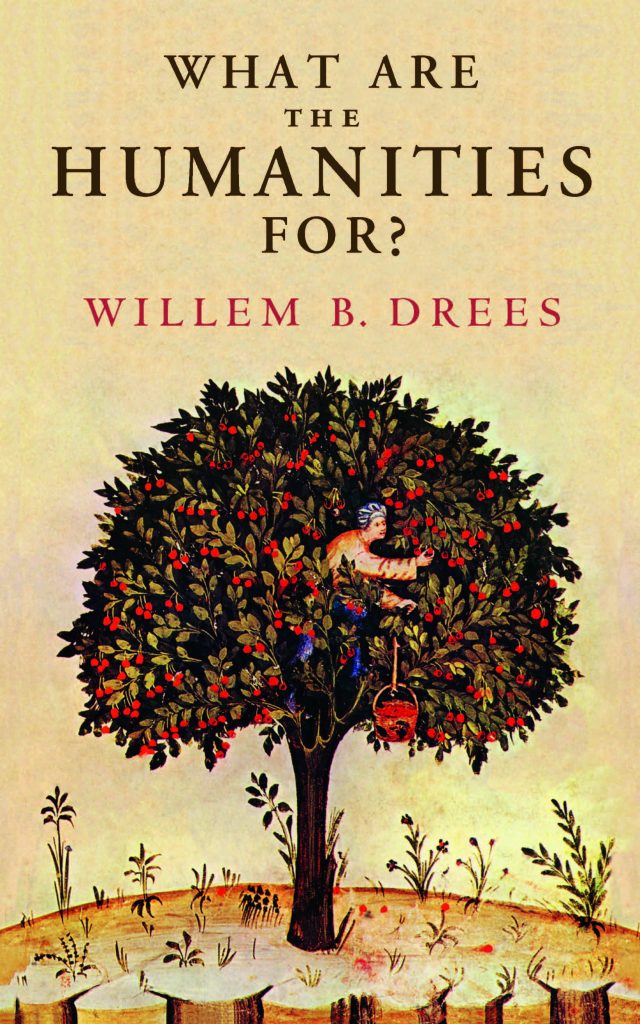 ‘For the Study of’: A one-sided agenda on religion and science?

By Willem B. Drees Is it significant that the name of the International Network for the Study of Science and Belief in Society has explicitly ‘for the study of’ in the name? It might be merely a smart move in a secularized academic context, where engagement with religious convictions is more easily accepted if the beliefs of others are the object of study, rather than seen as convictions that… 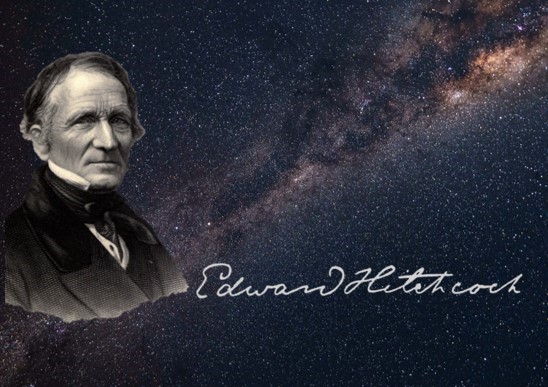 All the Light Here Comes from Above: Edward Hitchcock, Man of Science, Man of Faith

by Robert T. McMaster Image from William S. Tyler, History of Amherst College During its First Half Century 1821 to 1871 (Springfield, Mass.: Clark W. Bryan and Company, 1873). Edward Hitchcock (1793-1864) was not the only star in the firmament of American science in the nineteenth century, but he was certainly one of the brightest. Raised among the wheat and rye fields of Deerfield, Massachusetts, he was expected to… 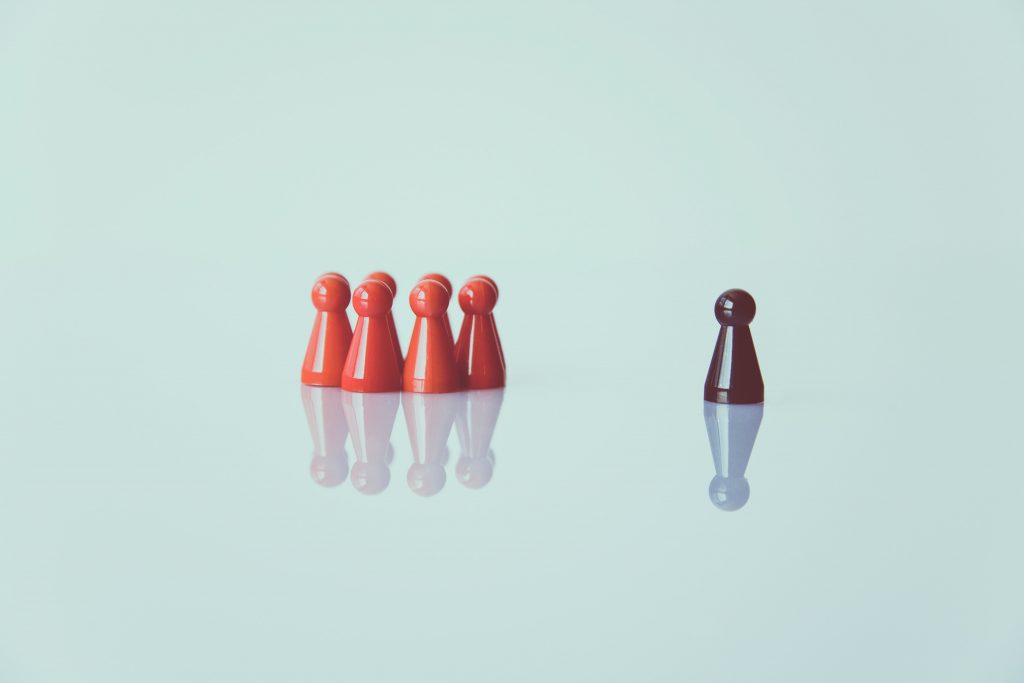 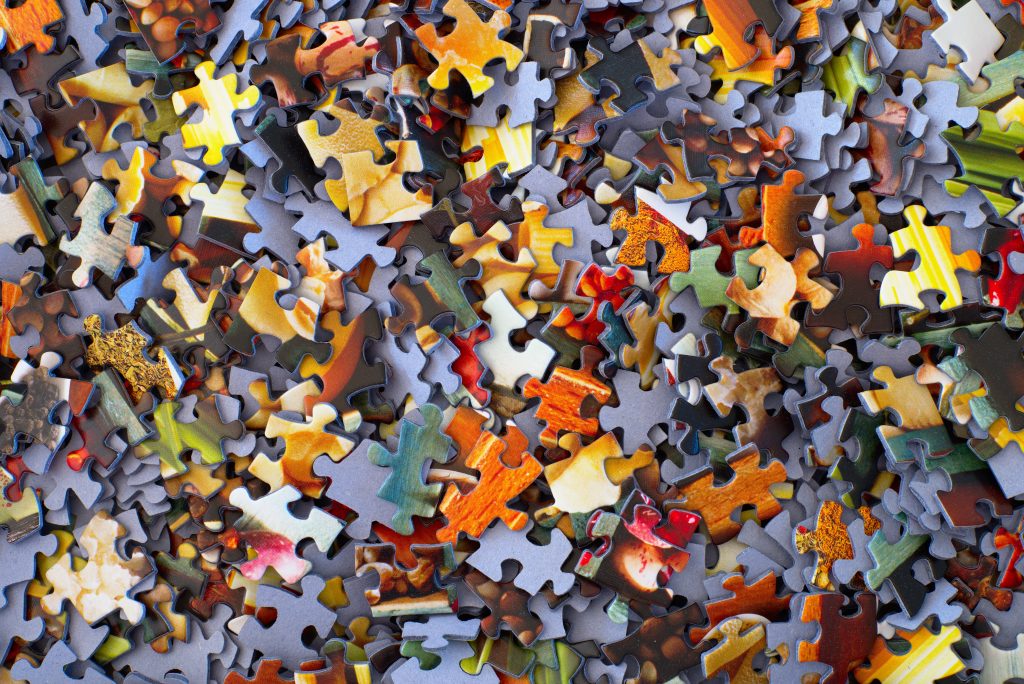 How to Build an Academic Network

By Stephen H. Jones and Paula Brikci  On 5th February, the International Research Network for the Study of Science and Belief in Society launched a call for grants to support the development of regional academic networks. In this blog, drawing on the insights of scholars from across the field, Stephen H. Jones and Paula Brikci look at what makes a good academic network and what anyone thinking of establishing… 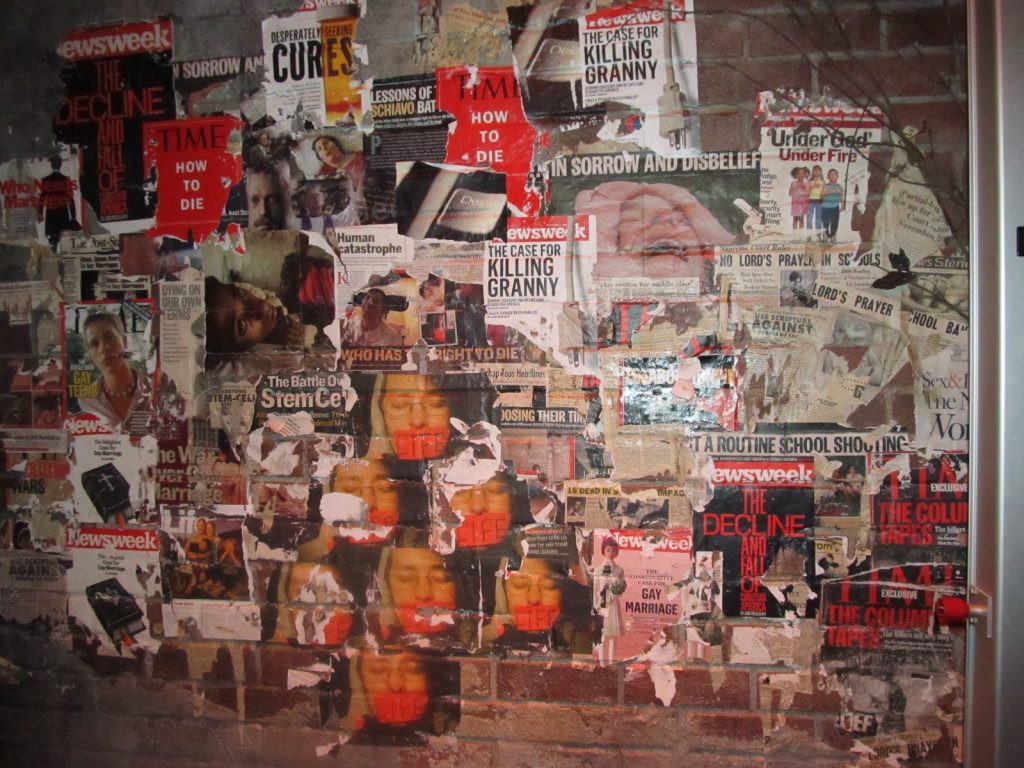 Crusading for Moral Authority: Christian Nationalism and Opposition to Science in the United States

By Joseph O. Baker, Samuel L. Perry and Andrew L. Whitehead “Culture in Crisis” wall at the Creation Museum in Petersburg, Kentucky On August 30 2020, Los Angeles megachurch pastor John MacArthur told his congregation “There is no pandemic.” Grace Community Church was meeting in defiance of local and state ordinances against large in-person gatherings. After citing a common misinterpretation of data about COVID-19 from the… 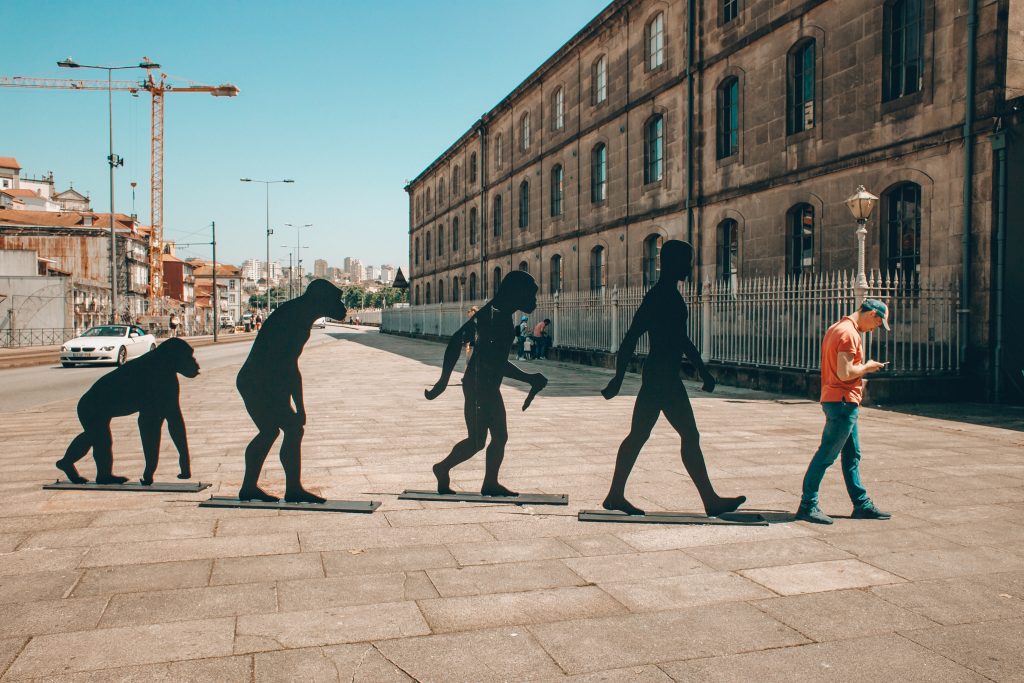 by Liz Barnes Photo by Eugene Zhyvchik on Unsplash Does someone have to be an atheist to accept evolution? According to the philosophy of science and many science educators the answer is no. However, my recent study has revealed that over half of college biology students in the United States think that in order to accept evolution fully, they would have to be an atheist. This is… 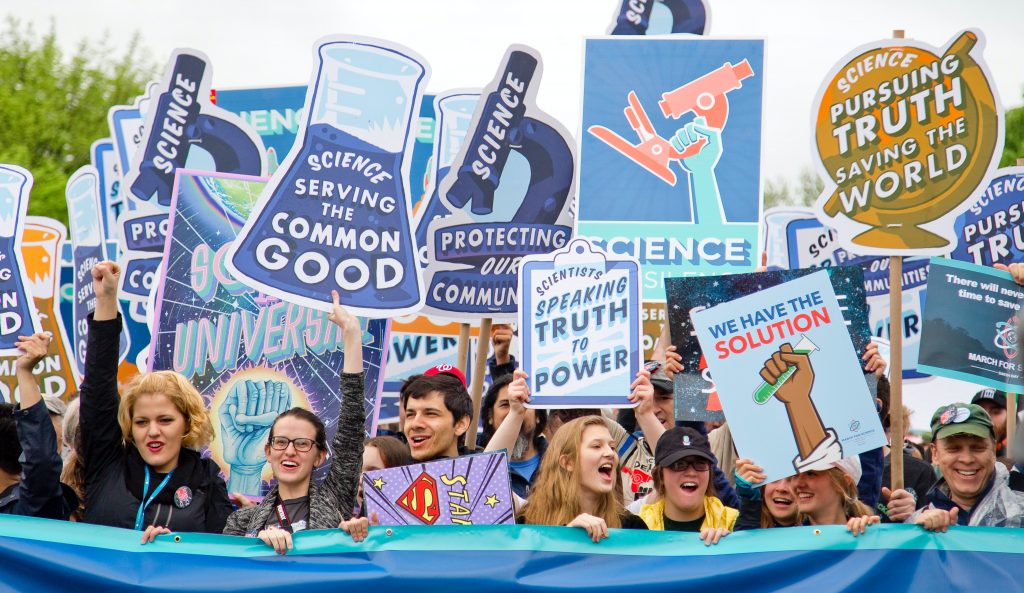 The Secret Social Lives of Science

By Stephen H. Jones On a rain-soaked day, thousands marched on Washington DC to fight for science funding and scientific analysis in politics Read enough science journalism and eventually you will become familiar with two tropes that seem to contradict one another. On the one hand, journalists will often write about ‘science’ as though it is an unquestioned authority, with the more opportunistic members of the profession using the… 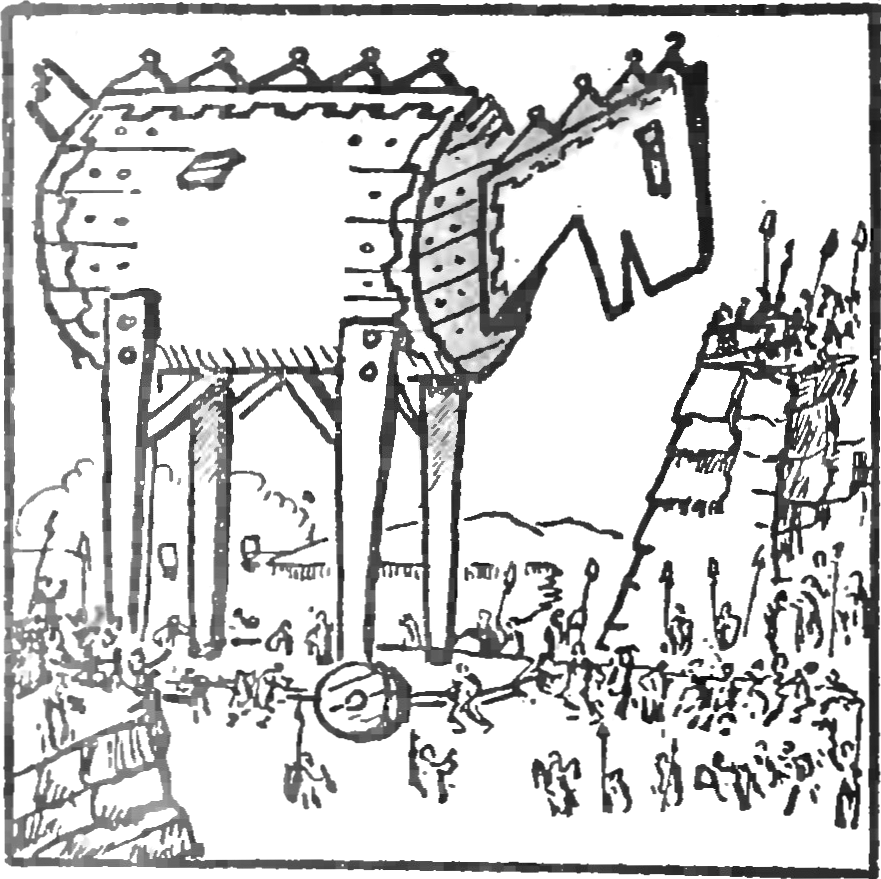 Evolution as a Trojan Horse

By Bernard Lightman The Trojan Horse by Hendrik Willem Van Loon, in the Story of Mankind (Public Domain) With the benefit of hindsight, we can now see that over the course of the past 150 years a remarkable reversal has taken place. Whereas once the investigation of nature had derived status from its intimate connections with the more elevated disciplines of ethics and theology, increasingly… 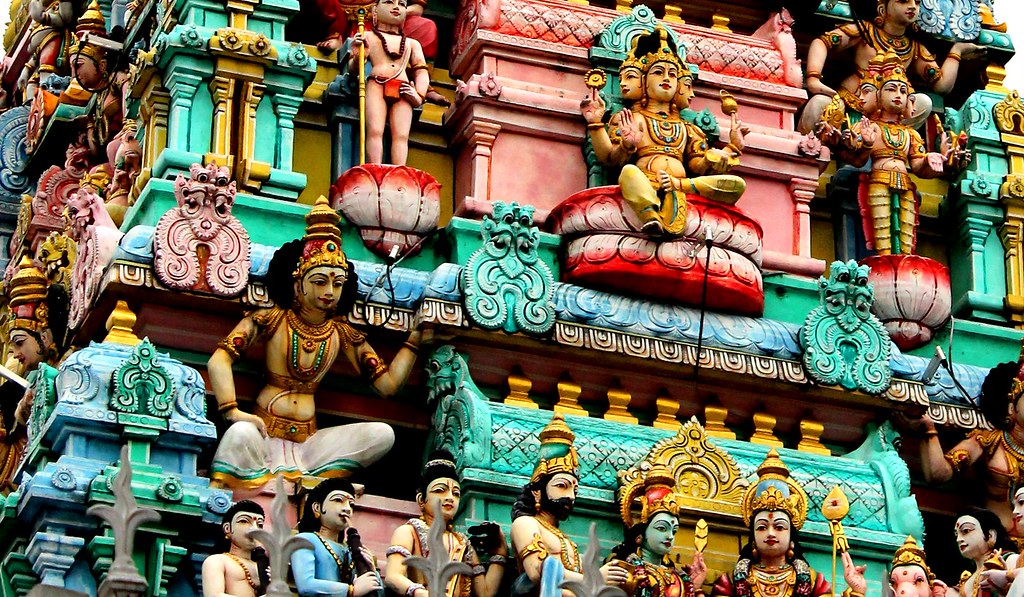 By James Riley “Buddhist temple detail Singapore #dailyshoot” by Leshaines123 is licensed with CC BY 2.0. To view a copy of this license, visit. Pew Research Center recently released a new report exploring the intersections of science and religion, based on new data from interviews with Hindus, Muslims, and Buddhists in Malaysia and Singapore. The report’s authors said:… 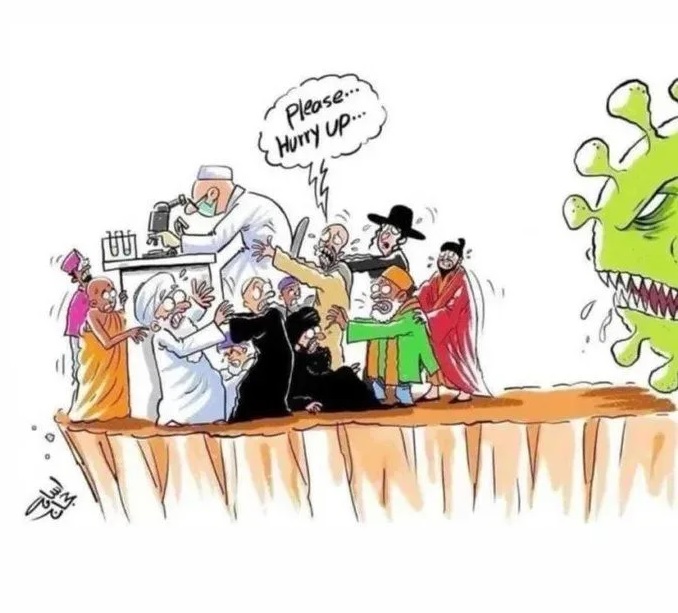 By Alper Bilgili A cartoon, widely circulated on social media, depicts clergy of various religions in despair, begging a scientist to find a cure for COVID-19. In another, clergy are staring at a picture of a nurse who asks for silence with a “SHHH” sign. Those who share these cartoons seem certain that the ensuing pandemic once again proves the superiority of natural sciences over other forms of knowledge. 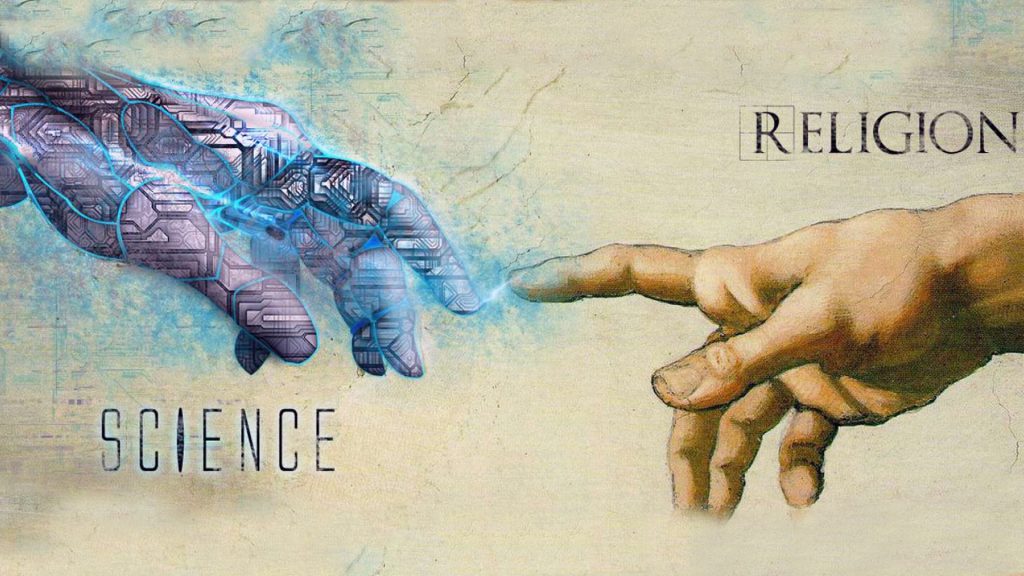 How Does the Science-Religion Conflict Narrative Affect Christians?

By Kimberley Rios This article was originally published on the Heterodox Blog and is licensed under a Creative Commons Attribution, Non-Commercial, No-Derivatives 4.0 International License. Just a few weeks ago, a blog post appeared in my social media news feed titled “Why your Christian friends and family members are so easily fooled by conspiracy theories.” The post caught my…

By James C. Ungureanu In his Autobiography, Charles Darwin (1809-1882) gave three specific reasons for his growing religious doubts. He became morally revolted by the God of the Old Testament, whom he characterised as a “revengeful tyrant.” Moreover, the discovery of the “fixed laws of nature” made belief in miracles seem “incredible” to him. Finally, he concluded that recent historical-critical scholarship—or biblical criticism—demonstrated that the Gospels were completely… 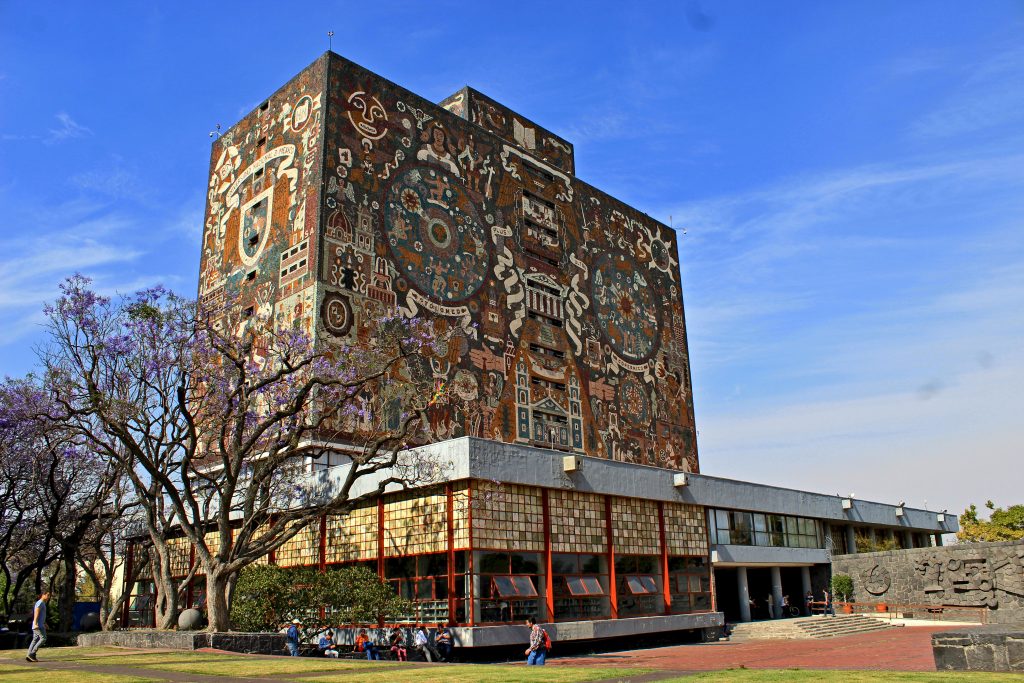 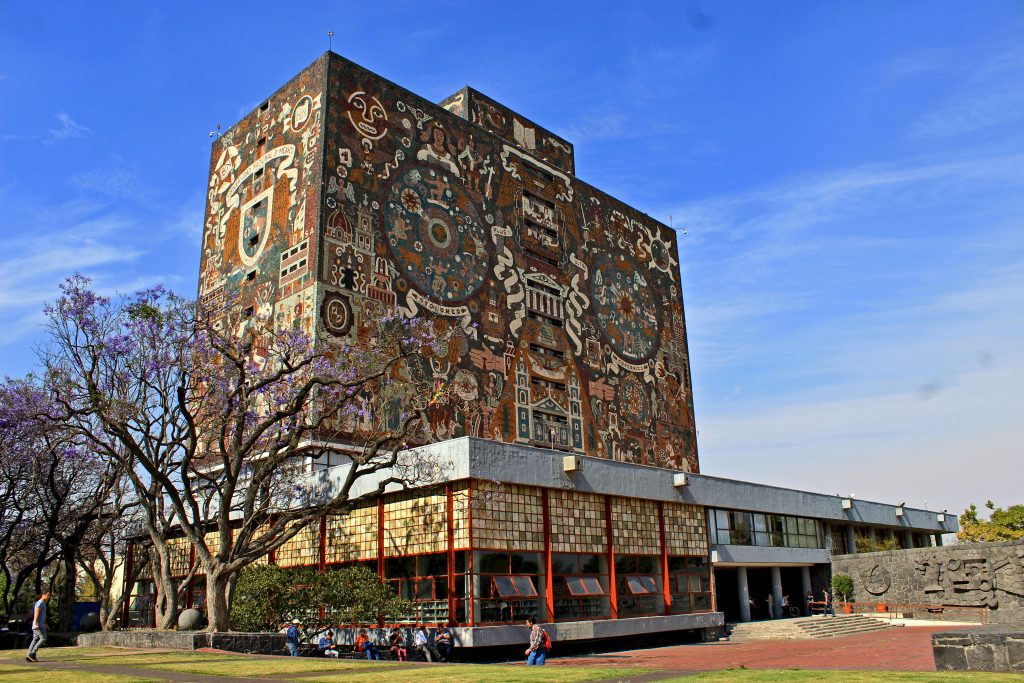 Teaching evolution in Mexico: bringing creationism to the classroom?

By Juan Manuel Rodriguez-Caso UNAM Central Library, south wall, seen from the esplanade of the rectory. Source: José Miguel García Fernández, Wikimedia Commons (CC Attribution Share Alike 4.0 International license) When problems related to the teaching of evolution in the classroom, and the conflicts arising from various forms of creationism – particularly scientific creationism and “intelligent design” – are discussed, the country which may… 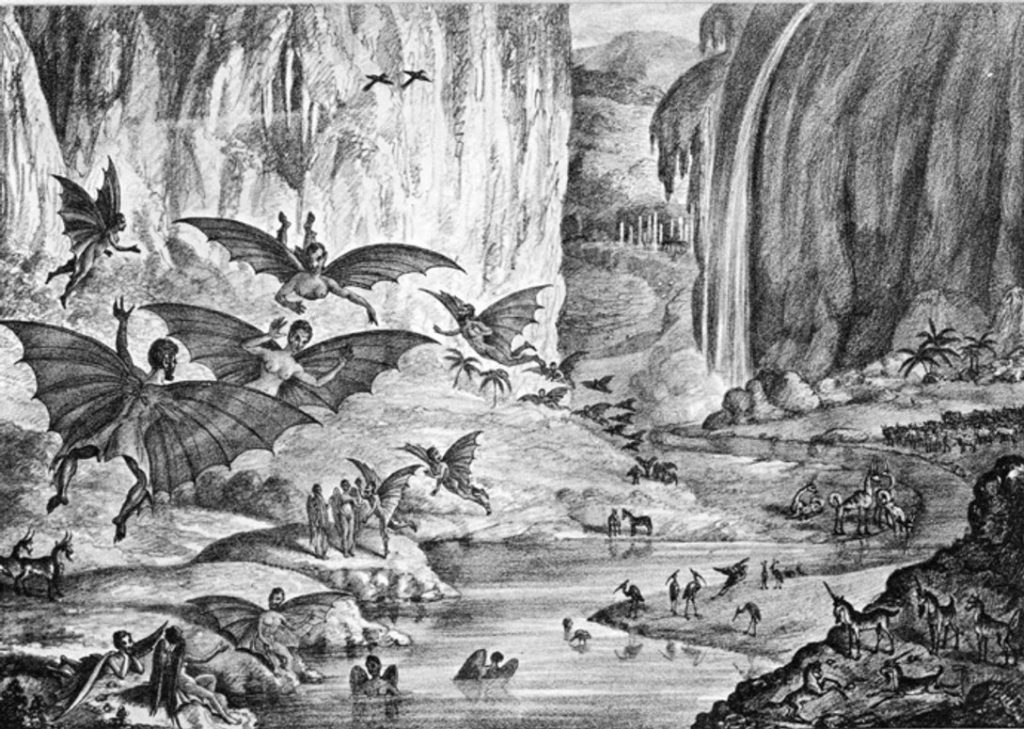